You are here: Home / Blog / Family / Unexpected afternoon off 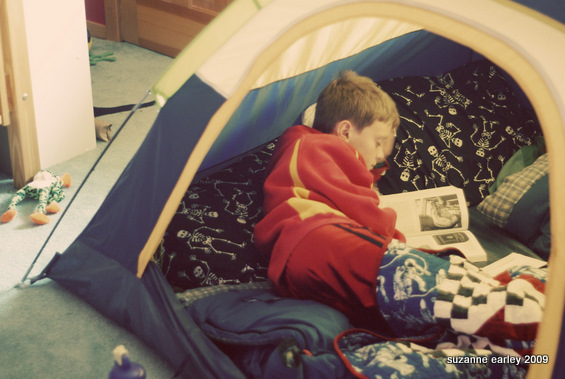 He got pushed and bit his tongue.  I won’t show you the picture, suffice it to say that it is a really big cut and it looks really nasty.  So nasty that he’s going to have trouble eating and playing his saxophone for a few days.

Needless to say, he won’t be playing recess football again in the near future.  He and his brother both have come home with more than enough scraped up elbows and wrists and knees and…

I find myself being very reactionary about this, and I’m trying to resist the urge too much.  ON the one hand, it drives me crazy when we have to stop this or recall that or go all bonkers after one kid got hurt (usually being stupid or not being supervised).  This, though.  The nurse wishes they would outlaw recess football:  she sees a TON of injuries.   The 6th graders get to play on the grass.  4th and 5th graders are relegated to the street and the concrete, respectively.  (They aren’t allowed to play together because…there are too many of them, and the younger ones would probably get even more hurt…)

Too bad they can’t go play on the HUGE FOOTBALL FIELD that is just steps away from their playground.  Yes, I know that would be SACRILEGE, to have the snot-nosed kids WRECKING the pristine grass of the almighty football field.

(photo didn’t turn out very nicely, so I used a Seventies action from Pioneer Woman to make it “look” like it was supposed to be grainy and stangely colored).