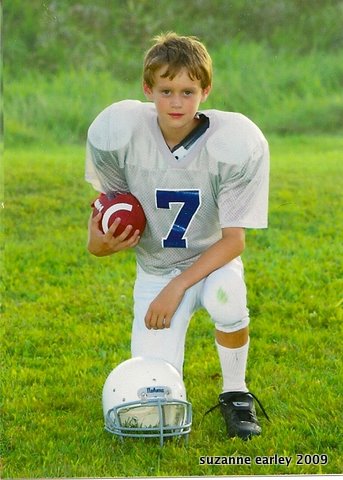 Will plays Quarterback quite a bit.  He also does other stuff, but I can’t ever remember for sure what the position names are. 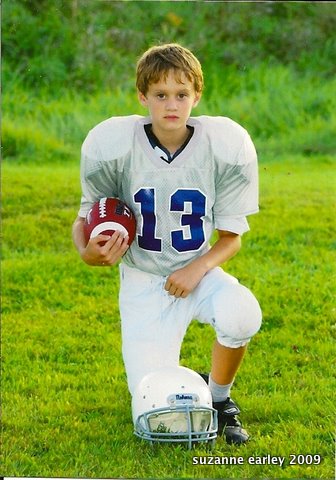 Joe is…a Defensive End? I think?  He really likes hitting people.  And I guess he’s pretty good at it.

They are 0 and 3. It’s pretty demoralizing to lose 53-0, and by the end of those kinds of games, most of the boys aren’t even really trying anymore.  The first two games were against the teams that are probably the best in their weight class.

The last game was only 8-6, so at least they are improving.

Mark is helping to coach, only one of the boys  (not ours) has informed Will and Joe that their Dad isn’t REALLY a coach.  He’s just a ball carrier.

This is the young man that then turned around and told Will that the only reason Will is playing QB is because his Dad is a coach.

In other words, he’s a real rocket scientist.

I have the boys’ football pics from last year taped to my monitor, I guess it’s time to replace them.  They look so much older now, but that might be the hair.  (Last year’s pics are HERE).