You are here: Home / Blog / Family / Must be summertime 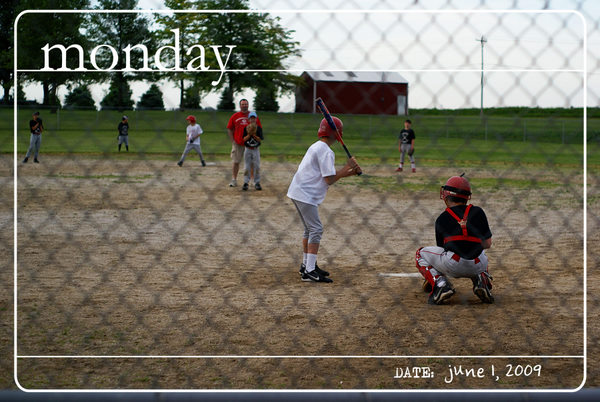 We’re pretty sure the boys’ team won, but we are hazy on the score.

I’m pretty sure that was Joe batting, but we were hazy on that as well.

The only real problem was that it was really cool, and we were all wishing we had sweatshirts.  What’s up with that?  It’s June, for Pete’s sake.

After posting last night, I remembered that there is another young relative that was born within the last year that doesn’t have a quilt from me yet, so I brainstormed and got started on something for him last night.  I’m sure you were worried.