You are here: Home / Blog / Other / Joe’s Creature 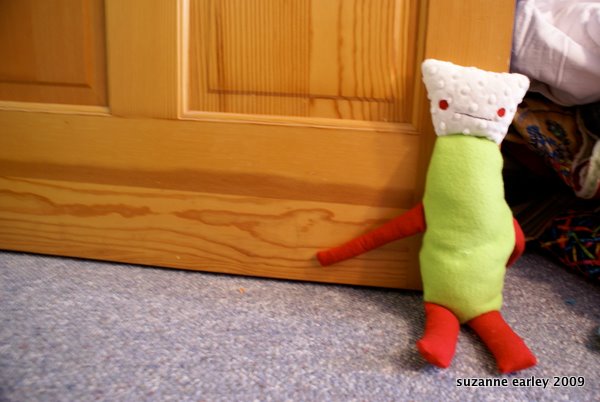 I showed the Pink Paisley Elephant to the boys last night, and as you can suspect, they were polite, but ultimately unimpressed.

Joe didn’t SAY anything, but my MommyGuilt kicked in and I could HEAR the accusation that was on the tip of his tongue after he asked how long it took me to make the elephant.

You can make a Pink Paisley Elephant from scratch in 3 hours, but you can’t finish the softie creature you started making me  YEARS ago?

I’m embarrassed to admit that finishing Joe’s Creature took approximately 20 minutes.  If that.  All it needed was to have the stuffing hole handstitched closed, and the eyes and mouth sewn on. 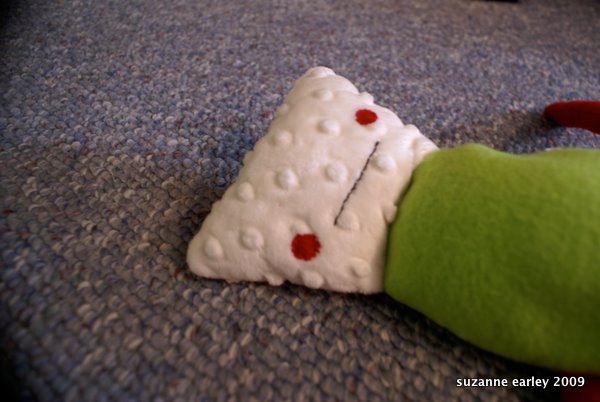 Joe originally wanted yellow buttons for eyes, but I talked him into the red felt circles. 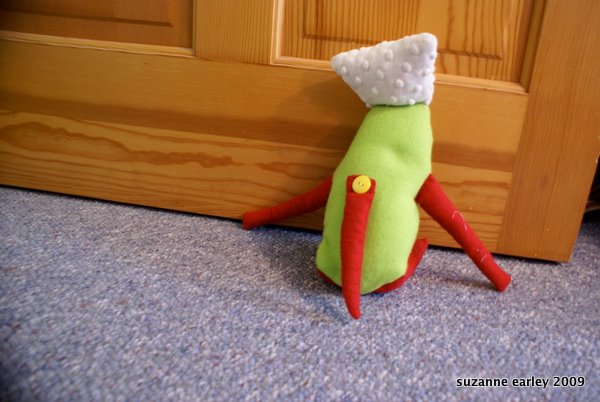 Joe drew the creature for me.  I simplified it and turned it into this crazy thing.  The head is dotted minkee, the body is green fleece and the appendages are a red flannel.

And now, I’m feeling my AuntieGuilt kicking in:  I need to finish covering the lampshade that matches Lucy’s quilt.  We were going to do it together, but the weather wasn’t right (I wanted to spray the adhesive outside…) and it’s been sitting ever since.  A year maybe?  Sheesh.  Another project I’ll probably be done with in 30 minutes, tops.