You are here: Home / Blog / Other / More girls knitting 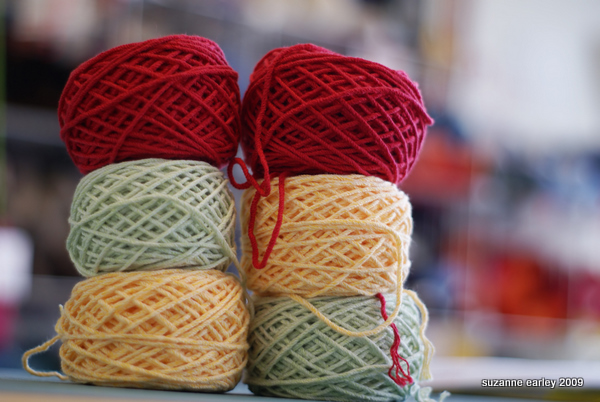 Three of the Girl Scouts came back this afternoon, after school, to work on their projects some more.  It was much more subdued than yesterday’s chaos.  They got started and seemed like they were OK, so I went back out front to continue the endless bookkeeping that I’m so far behind on, it’s not even funny.

But then someone needed me, so I went back in to the classroom and decided, to heck with the bookkeeping, I’m going to sit and knit.  These three were actually getting it, and made some good progress.  They were even starting to be able to figure out what was wrong if they were having trouble.

It was funny, though, they were concentrating pretty hard, so it was quiet, but I didn’t want them to think I was totally lame and I tried to ask them some stuff.

I’m pretty sure they thought I was lame.