You are here: Home / Blog / Photography / I live to serve

My sister called me this morning to tell me I needed to post something on my blog.

I haven’t much felt like blogging lately, but since both she AND my mother asked today, I thought I’d comply.

First up are the pictures from this week’s photography lessons.  It’s about aperture and depth of field.    If you know more about photography than I do, please don’t laugh if I explain this stuff wrong.

I used my new 50mm f/1.7 lens, and mounted the camera on my tripod.  I also had to try to figure out how to shift my focal point so that it actually focused on the doll.

First is with a wide open aperture of f/1.7.    That meant a short depth of field, with only the doll in focus, and you can’t even tell what’s in the background.  Isn’t it cool how blurry it is?  That effect is called BOKEH.  Bizarre word.  Some people pronounce it bo-kay and some people say bo-kuh. 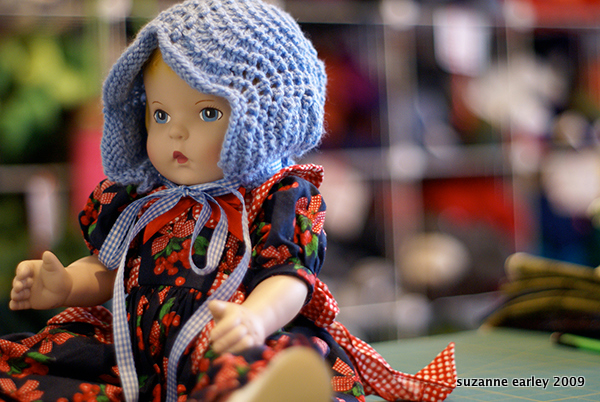 Of course, all of YOU know what that is in the background because you’ve only seen a million pictures of it already.

The next picture is with a closed aperature of f/22.  This is where the tripod was so important:  to compensate for the low light and the closed aperture, the camera used a much longer shutter speed.  Without the tripod the whole picture was blurry because I couldn’t hold the camera still enough.  In fact, I even used the timer so that after I pushed the button and let go, the camera waited about 2 seconds before it took the picture. 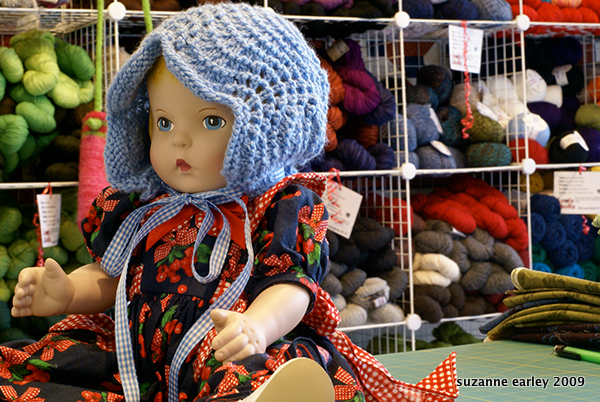 Longer depth of field, more of the picture is in focus.  Much less interesting picture, too.

I was taking pictures last night and tried to get one of Mark.

Oh, my sister also told me that I needed to add back in the abillity to add posts to social networking sites, so, I did.  I know you’ve been missing the opportunity to Digg me, so, go forth and Digg.  Or Stumble.  Or Facebook.  Or whatever.