You are here: Home / Blog / Photography / How long has it been? 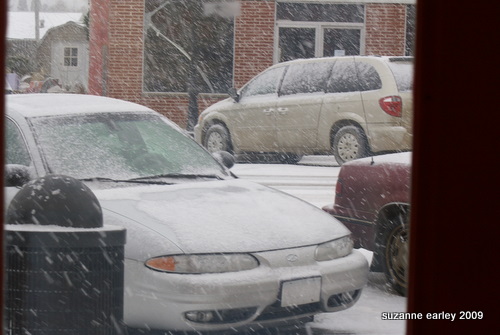 You haven’t had to listen to me whine about the weather in WEEKS!

This snowstorm has been predicted for days (It’s going to be the biggest one of the season!), which makes me roll my eyes and think “I’ll believe it when I see it…”

Well, last night, they said 2-6 total accumulation.  THen, this morning, they said 1 inch total.  Tonight?  The forecast is back up to 2-5 total.  It came down FAST.

While I was trying to get pictures, Joe came up to talk to me, so I snapped a few of him, I was sitting on the floor, looking up at him.  He was kind of fidgety (too much sugar at the school Valentine’s Day Party…), so most were slightly blurry.

I liked this one a lot:

SOOC (Straight out of camera…) 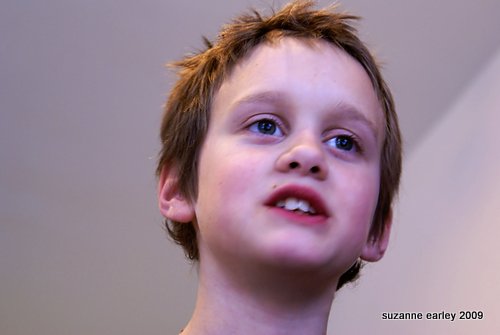 I think he had gum in his mouth.  Or was eating a cookie.  Since he didn’t get enough sugar at school.

Since it wasn’t a real clear photo, I decided to play with it some more.

Black and White via a Gradient Map: 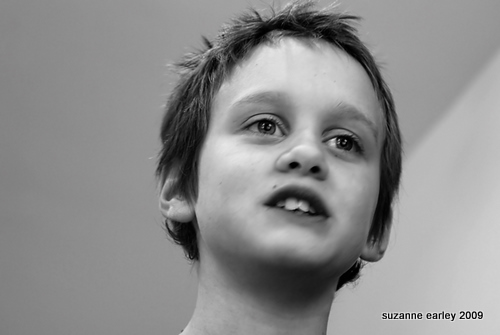 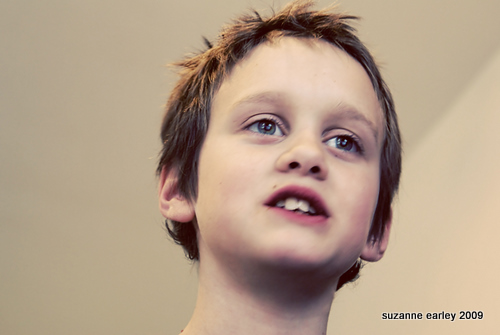 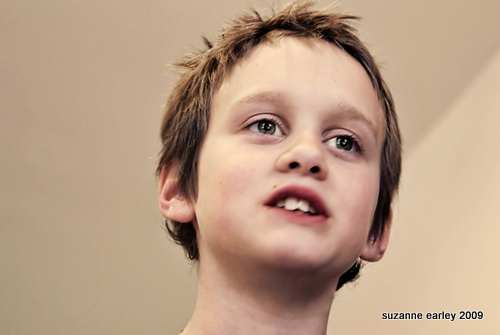 And then I started playing with Photoshop Filters.  DOn’t worry I won’t show you all of them.  Just 2 that I thought were particularly interesting.  THis one is called Fresco: 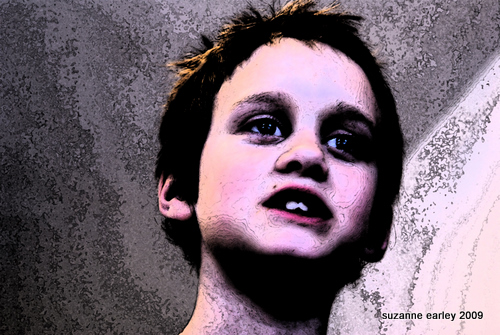 And this one is called Notepaper.  Clueless as to WHY it’s called that. 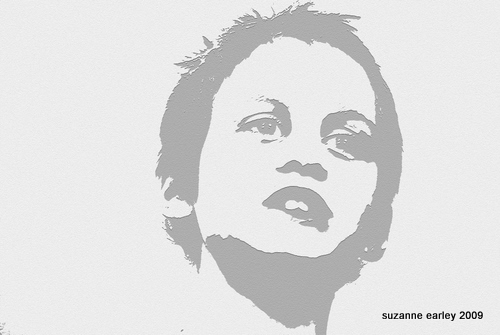 I think I liked the one that used the Colorized action the best.  Since the shot has got some blur to it, I think that helps make it more interesting.

So which one is your favorite?  And don’t say the SOOC shot, you’ll hurt my feelings.

I can’t decide if I’m going to go sew or knit.  I keep meaning to take a picture of the new knitting project I’m wishing I could be working on every second, but I’ll try to get a shot tomorrow in better light.

Have a great evening!