You are here: Home / Blog / Uncategorized / Katie, Then and Now 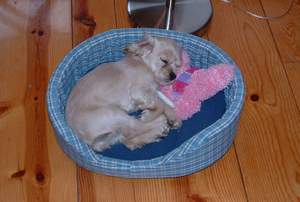 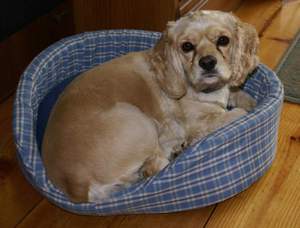 This afternoon, I was waiting for the boys to put their Halloween costumes on so that I could take their pictures.  Yes, I know that Halloween was a month ago, but for some reason, we forgot to take pictures that night, and we just never got around to doing it until today.  At least we didn’t wait until after Christmas!

Anyway, while I was waiting I snapped the bottom picture of Katie in her bed.  For comparison, I went looking for an older picture of her in the bed.  Look at how much she has grown!  The first picture is from January 2006.

When we got her, she was only about 2 pounds, so even by January she had grown a ton.  Some day soon, I post a retrospective — Katie’s First Year.  I probably have more pictures of her than I do of my children….OK, not really, but she is just so photogenic!